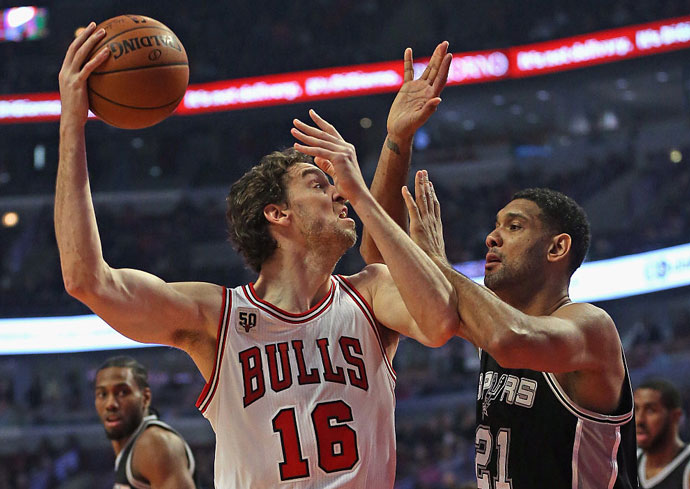 Going into Wednesday night’s game against the Nuggets, it would have been easy for the Chicago Bulls to slip up. They were fresh off an big win against the Spurs and, given Denver’s record, complacency could have set in. The Bulls night not have been at their best, but 26 points and 19 rebounds from Pau Gasol ensured they would not lose.

“This is the type of game that you play against a team that has lost seven in a row and you think that you’re going to probably win the game and it’s not going to require your maximum effort,” he said. “Sometimes teams do fall into that trap and for parts of the game we kind of were in that place, but I think we snapped out of it well and with enough time on the clock that we could make a run and win the game.”

After entering the fourth quarter trailing by four, the Bulls swung the game in their favor taking a eight point lead of their own. The Nuggets cut the deficit to four, but Gasol proved to be too much. He potted 12 points in the fourth period as the Bulls outscored Denver 31-18 in the final frame.

“(Pau) did everything for us tonight when it wasn’t our best energy game of the season,” Bulls coach Fred Hoiberg said.

The Bulls will return to action on Saturday against the Hornets; they will hope for improvement in what has been an underwhelming season, despite their winning record.

Photo: Pau Gasol #16 of the Chicago Bulls shoots agaist Tim Duncan #21 of the San Antonio Spurs at the United Center on November 30, 2015 in Chicago, Illinois.

Read more about:
Chicago Bulls NBA Pau Gasol
Listen to the uInterview Podcast!
Get the most-revealing celebrity conversations with the uInterview podcast!