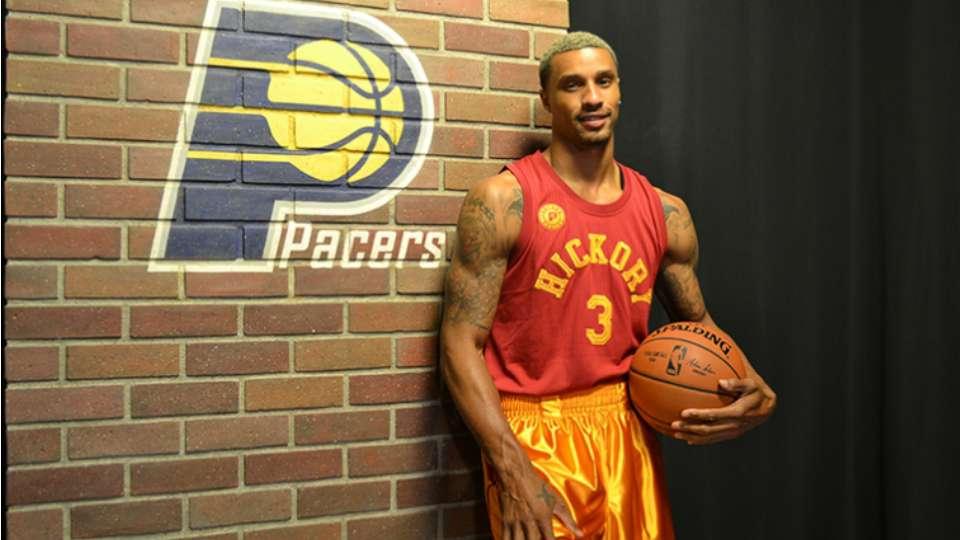 The Indiana Pacers Teamed Up With MGM Studios To Create Alternate Jerseys To Commemorate The 30th Anniversary of Hoosiers.

Everybody loves an underdog, and that’s what the Indiana Pacers tried to embody as they teamed up with MGM studios to unveil new alternate jerseys to the honor the classic Indiana basketball film, Hoosiers, on the 30th anniversary of its release.

The movie’s protagonists, the Hickory High basketball team, are loosely based on the 1954 Indiana State Champions, Milan High School, who despite long odds, won the State Championship. The new jerseys, which sports the iconic pale red on orange with the “Hoosier” flash on the front, will be worn by the team for select games beginning next season as part of the NBA Pride Collection. The exact dates of the games will be announced at a later date.

Pacer team president and former Celtic All Star, Larry Bird, said that the new look pays homage to the state’s love of basketball.

“Our team will be honored to wear the Hickory uniforms because of the attention it will bring to the storied history of Indiana basketball and the success of that movie,” said Pacers President of Basketball Operations Larry Bird. “Hoosiers takes us all back to a special place and time.”

The Indiana basketball history that Bird is alluding to is the makeshift backboards and hoops that basketball aficionados in farmland areas use to play the game. It is truly refreshing to see people take such a deep love of the game. Let’s just hope that the Pacers can channel their inner Hoosiers as they play this upcoming season.