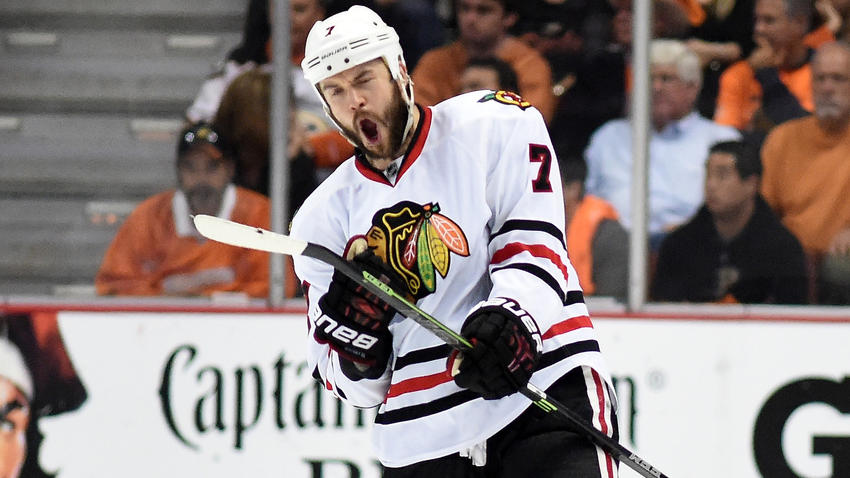 Two Game 7’s in the NHL Stanley Cup Playoffs’ conference final round made up the weekend’s action to determine who would move on to the Stanley Cup Final. In both cases, the road team defied the odds to play for sports’ most storied trophy. The Tampa Bay Lightning took down the New York Rangers 2-0 on Friday to take the East and the Chicago Blackhawks dismantled the Anaheim Ducks for a 5-3 win in the West.

After two scoreless periods, the Lightning were able to put an end to the Rangers’ Madison Square Garden Game 7 magic with a pair of goals early in the third. Tampa Bay’s defense and goaltender Ben Bishop continued to stymie New York, as the Rangers were unable to generate any chances. Bishop got the shutout behind his 22 saves to punch the Lightning’s ticket to the Stanley Cup Final. Alex Kilorn and Ondrej Palat scored the goals for the Lightning. The loss was the Rangers’ first home Game 7 loss at the current Madison Square Garden, as well as goalie Henrik Lundqvist’s first Game 7 loss in 8 tries.

Out in California on Saturday, Blackhawks captain Jonathan Toews set the tone early and Chicago never looked back as they beat the Ducks 5-3 to win the west. Toews scored twice in the first period to get the away team up 2-0 in a quick start. The game began to get out of reach when Brandon Saad scored with just over a minute gone by in the 2nd period to make it 3-0. Although the Ducks were able to put up a pair of goals to make the game a bit more interesting at 4-2, Brent Seabrook’s power play goal in the 3rd put an end to any comeback bid. Patrick Kane also came away with three assists for Chicago on the night. This is the third straight season where the Ducks have been eliminated in a Game 7, with each one coming one round later than the last.

If superstition is your thing, then you won’t be able to separate the Blackhawks and Lightning. The Prince of Wales Trophy is given to the Eastern Conference champion and the same is done with Clarence Campbell Bowl in the Western Conference. Neither captain touched the trophy they were awarded, continuing the relatively recent tradition of not touching any trophies until the Stanley Cup is won. The Blackhawks did gather around for a photo op, but the Lightning only sent over captain Steven Stamkos to accept the Prince of Wales Trophy.

Tampa Bay will be looking for their second Stanley Cup, with their first coming 11 years ago after defeating the Calgary Flames in a seven game thriller. Chicago’s looking to affirm themselves as the closest thing to a dynasty in the salary-cap era of the NHL, as a victory in this year’s final would be their 3rd Cup in six years and their sixth overall. Their last championship came two years ago in 2013 after their frantic Game 6 comeback against the Boston Bruins won the series.

The 2015 Stanley Cup Final will begin in Tampa on Wednesday. The series will be played on a Monday-Wednesday-Saturday schedule, with the possible Game 7 set for Wednesday, June 17th.