For those who trust Craigslist, there is a 2009 New Orleans Super Bowl ring being offered for $45,000.

The description reads, “An opportunity has opened for one lucky fan to be the proud owner of a genuine, authentic 2009 New Orleans Saints Super Bowl ring. The ring is currently owned by a former Saints player. It is in perfect condition boasting 103 round, brilliant cut diamonds weighing 2.20 carats total weight, H color, VS clarity range.” 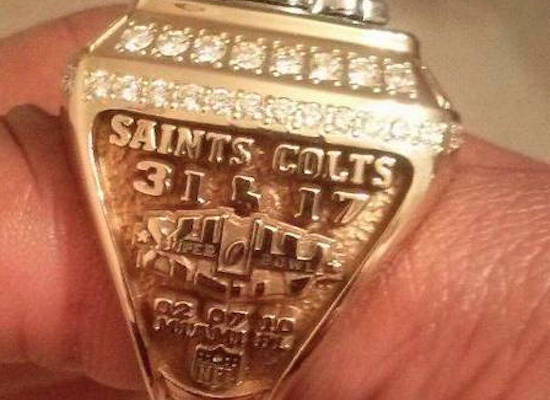 But do not worry, the price is negotiable. As for the player the ring belongs to, the Internet has been going crazy trying to figure it out. The number 29 is inscribed on the ring and that number was worn by Chris McAlister, Marcus McCauley, Herana-Daze Jones and practice squad player Glenn Sharpe, according to the New Orleans Times-Picayune.

Out of those four players, Sharpe was arrested near Atlanta on a murder charge and McAlister is allegedly broke, but there is zero evidence that puts ownership of the ring on them.

So if you ever wanted to own a Super Bowl ring, then trust this “reliable” Craigslist post and pay around $45,000.