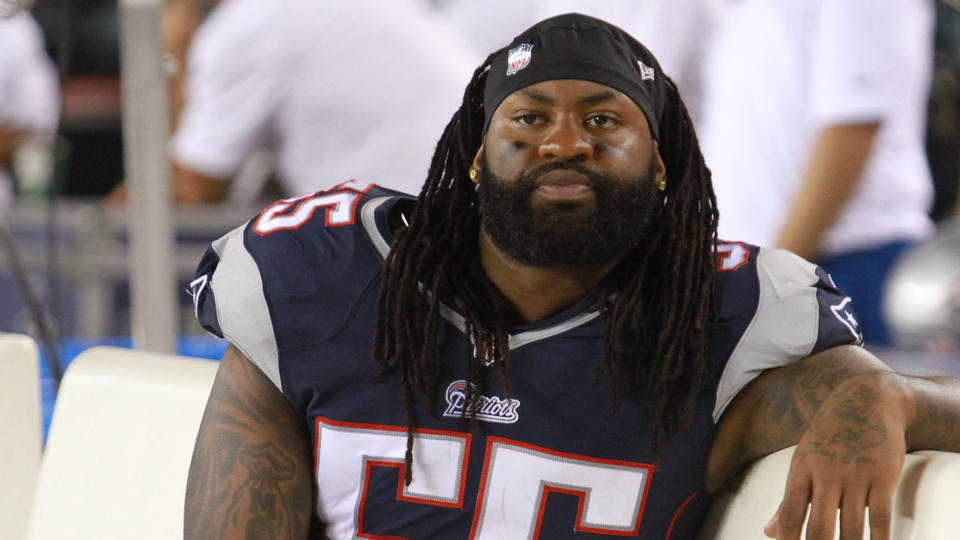 The New England Patriots have released linebacker Brandon Spikes the day after his car was found abandoned and damaged on I-495 in Massachusetts. Spikes had made a surprising move to come back to the Patriots after a messy exit in 2013 by signing a one year deal last month.

Massachusetts police say that they responded to a report on I-495 in Foxborough shortly before 3:30 am EST on Sunday of a Mercedes Maybach sitting on the median strip of the highway. The police were notified of an incident involving a deer by a representative of OnStar, which the driver of the car notified using their on-board system. When police arrived they found the Mercedes abandoned and did not see any deer in the area. The car was registered to Spikes, but it was unknown if he was driving.

Police also reported an incident involving an SUV in the same area of I-495 near Spikes’ car that occurred around the same time. The occupants of the SUV told police they were rear ended by another car that they didn’t see. All three in the car were treated and released with minor injuries.

No charges have been filed in either incident and police are still investigating both incidents. At the time, Massachusetts State Police are not making any connections between the two incidents until further information comes out.

Spikes’ release marks another rough ending between him and the Patriots. Spikes was put on the season ending injured reserve list in 2013 after missing a team meeting, something he publicly questioned. Spikes also missed four games after violating the NFL’s PED policy. Spikes played last season for the Bills and often went to social media to take shots at New England. In May he made a surprising move back to the Patriots on a one year contract. Spikes’ second tenure in Foxborough ends less than a month later without playing for the defending Super Bowl champions.