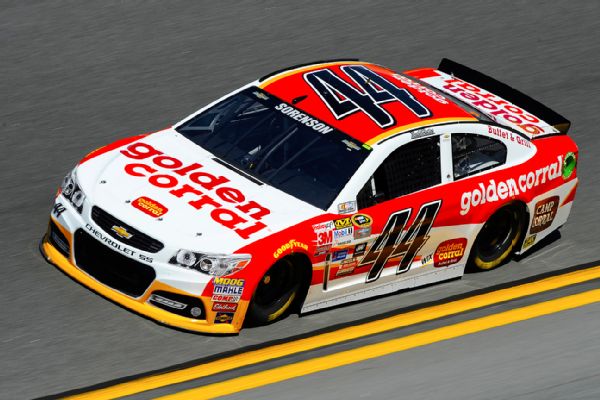 Team Xtreme Racing, owners of the #44 car in NASCAR’s Sprint Cup Series, confirmed that their trailer and their race car that was scheduled to run this weekend’s event at Atlanta was stolen from a Georgia hotel parking lot overnight.

Although the team’s hauler had already made the trip to Atlanta Motor Speedway in Hampton, Ga., earlier in the week to get ahead of a winter storm affecting the region, the team had not yet finished preparation on the weekend’s primary race car. The car was sent from the race shop in a trailer pulled by a truck once the work was completed.

However, at around 5:30 this morning, the car, truck, and trailer were all stolen from the parking lot of a Georgia hotel that the team’s hauler driver was staying at. Fox Sports learned the incident was caught on camera, but at the time there is no word on where the car and trailer might be. Team Xtreme Racing currently does not have a backup car on hand at Atlanta Motor Speedway and announced they will withdraw from this weekend’s events.

Travis Kvapil, who was scheduled to run the #44 car this weekend, took to Twitter to try and get his team’s car retrieved.

Wow. Anyone near Atlanta find my stolen Cup car let me know! Unreal