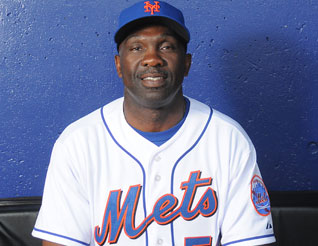 Steroids and performance enhancing drugs have been a major issue for the sport of baseball for many years. However, even though much has come out in the past decade, there’s some concern that the use of PEDs stretches far beyond the home run chase days of the 1990s and early 2000s. In an exclusive interview with uSports, Mookie Wilson, one of the members of the legendary 1986 New York Mets, gave us his thoughts on the topic.

“When I was growing up and coming through the minors and my early years in pro ball,” Wilson told uSports, “you just didn’t hear things about the steroids and HGH. It just wasn’t there.”

“Now I think you would be naive to say no one used them,” he continued, “but I don’t think it was publicized enough for people to really pay attention to it. Amphetamines maybe was being used at the time, but there again with today’s media and social media and everything… everything’s brought to more light.” With every baseball game televised in this day and age, Wilson feels that the sport has its good and bad moments more easily publicized than it was in the past.

Wilson does feel that Major League Baseball has done a good job as of late to try and curb the use of performance enhancing drugs. “I don’t think they’ll ever clean it up 100%,” Wilson concedes, “but the effort is there and I think that you can see a more positive reaction from the fans and from management and from the players who want a clean game.”

There’s still work to be done in Wilson’s mind, but he says the current rules and regulations are getting the sport to a much cleaner point than it has been for decades. “It’s not where we want to be,” he said, “but we’re on the right track.”