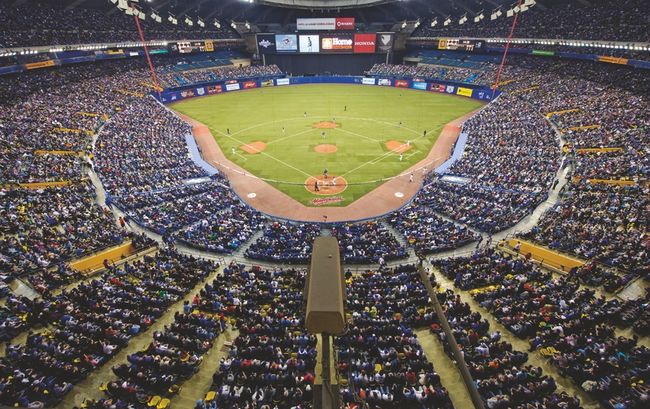 Coderre told reporters “I want Montreal to gain back a team eventually, but I wanted to open a channel. I clearly wanted to show that it’s not just about gaining back a team — it’s about how can we get baseball back to Montreal.” The mayor pointed out how a pair of exhibition games at Olympic Stadium, the former home of the Montreal Expos, in April between the Toronto Blue Jays and Cincinnati Reds drew over 96,000 fans between the two games. Although the Expos had dealt with stadium and attendance issues, Coderre feels that the preseason games were a clear indication that the city still enjoys baseball and would love to see it return.

Before talking about grabbing a team, the mayor is focused on bringing in regular season games. “He’s open to it,” Coderre said about Manfred’s reaction. “I showed that we have a clear strategy and that the fans are there. We can fill the (Olympic Stadium). Now the next step is to get regular-season games here. If we can fill the stadium in April, imagine in June or July.” Coderre also said about six or seven teams have expressed interest in playing a series in Montreal.

Commissioner Manfred has said that Montreal has successfully displayed its interest in baseball returning to the city after their support for the Blue Jays-Reds exhibition games in April. He added that the city needs to build a new stadium to replace Olympic Stadium before relocation or expansion can be put on the table.

The Montreal Expos played at Olympic Stadium until 2004. After experimenting with games in Puerto Rico and unsuccessfully attempting to get approval for a new stadium, the team moved to Washington to become the Nationals. The move was the last relocation in Major League Baseball. There has also yet to be any expansion since the Arizona Diamondbacks and Tampa Bay Rays joined the league in 1998.