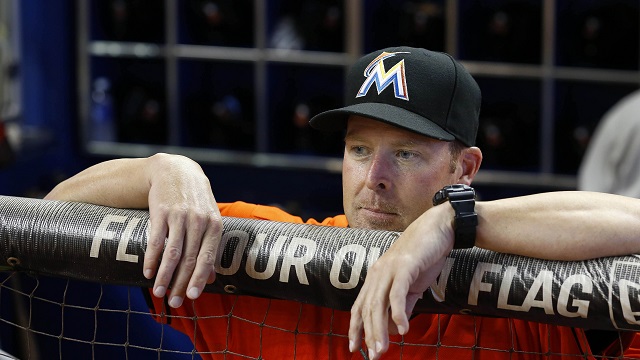 The Miami Marlins were nearly no-hit on Sunday by Shelby Miller in a 6-0 loss to the Atlanta Braves to complete a sweep. Shortly after the game, Marlins owner Jeffrey Loria announced he fired manager Mike Redmond in the midst of Miami’s 16-22 start to the season.

Today the Marlins announced they’ve gone ahead and appointed general manager Dan Jennings as the club’s new manager. Jennings not only has no major league managing experience, but the highest managing he’s done has been at the high school level. He has, however, had scouting experience since the 1990’s and has been a part of the Marlins’ front office since 2002.

Redmond’s firing joins a long list of managerial moves the Marlins have made throughout its history. For instance, both Joe Girardi and Ozzie Guillen were fired after just one season at the helm. The Marlins’ 2003 World Series championship season even came with a coaching change, when the team fired Jeff Torborg and switched to Jack McKeon halfway through the year.

Jennings will be the Marlins’ 14th manager in their 22 year history. The Marlins are currently in 4th place in the National League East, six games behind the first place New York Mets and just a half game ahead of the last place Philadelphia Phillies.