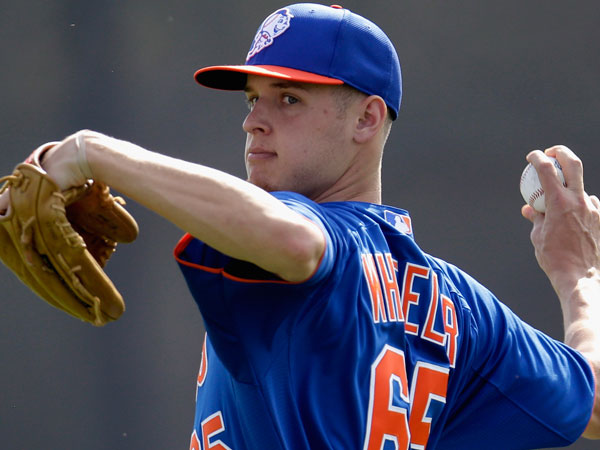 New York Mets pitcher Zack Wheeler has been diagnosed with a torn ulnar collateral ligament in his pitching elbow, the team announced Monday. Although the team has not committed to it yet, it will most likely mean Wheeler will miss this season to undergo Tommy John surgery.

Wheeler had originally missed a spring training start due to discomfort in his right elbow and was not at first seen to be a major issue. But after going through an MRI on Saturday, it revealed that Wheeler had torn his UCL. Wheeler will return from Florida to New York to undergo further evaluation.

The injury will be a blow to the Mets’ promising pitching rotation, which will see the return of ace Matt Harvey after he missed last season recovering from Tommy John surgery of his own. Wheeler was seen to be the Mets’ second pitcher in the rotation before the injury.

If Wheeler undergoes Tommy John surgery, he will join a growing list of major league players who have needed to undergo the procedure. In last year’s spring training and regular season alone, almost 20 players had to go under the knife for Tommy John surgery. Although the surgery can prolong careers, just as it had for the player in which the surgery is named after, its recovery time is extremely long and takes out an entire season in most cases. Players can also not be as effective as they were prior to the surgery.

Read more about:
Baseball MLB New York Mets
Listen to the uInterview Podcast!
Get the most-revealing celebrity conversations with the uInterview podcast!