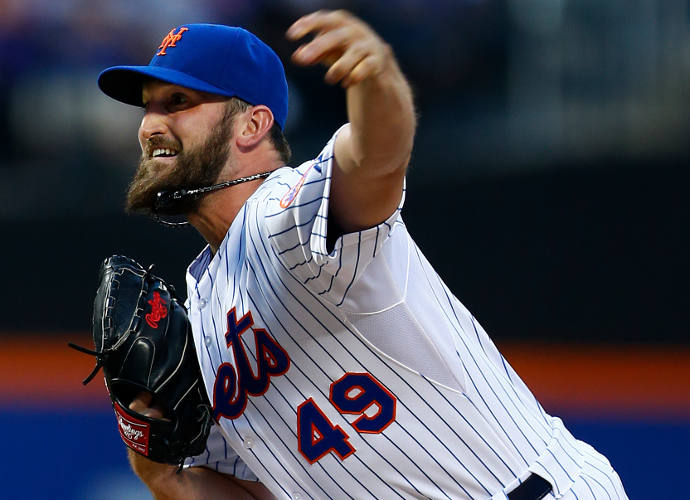 NEW YORK, NY - AUGUST 10: Jon Niese #49 of the New York Mets delivers a pitch against the Colorado Rockies during the second inning on August 10, 2015 at Citi Field in the Flushing neighborhood of the Queens borough of New York City. (Photo by Rich Schultz/Getty Images)

On Monday night, the New York Mets faced the Colorado Rockies with Jon Niese at the mound and Met’s fans couldn’t be any happier. Today, they expect to carry on their winning streak from their 4-2 win behind a stacked lineup.

Monday’s lineup saw Lucas Duda at first base, Curtis Granderson at right field, Yoenis Cespedes at center field, Travis d’Arrnaud playing catcher, Michael Conforto at left field, Ruben Tejada at short stop, Daniel Murphy at third base, and Jon Niese pitching. And everyone knows the old saying, if it ain’t broke don’t fix it. And management should definitely not touch anything here if they want to continue their run of 8 wins in 10 games, but it seems that they already know that.

Niese, who is currently 7-8 , started off a bit shaky, allowing two earned runs on six hits, but he finished strong with five strikeouts and zero walks in over seven innings. Behind him, Tyler Clippard and Jeurys Familia carried his momentum into the final innings, not allowing any more points.

When asked about his current team and their winning record, Mets manager Terry Collins illustrates the difference between the team from last year and the current one, as well as the quality pitching from Jon Niese. He said that, “Probably a year ago we don’t win that game. With the team now, what they are doing, with the confidence they have, we win those type of games… Jon Niese did a good job, kept us in that game. I really felt comfortable. I just felt like they were going to do something. Those guys in the top of the order were going to get something done.”

At 60 – 52, the Mets  overcame back to back losses against the Rays allowing them to maintain their 1.5 game lead in the National League East, which puts them in the running for playoff berth, something Mets fans have not seen and experienced in a long time.

Let’s just hope the Mets can continue this run.