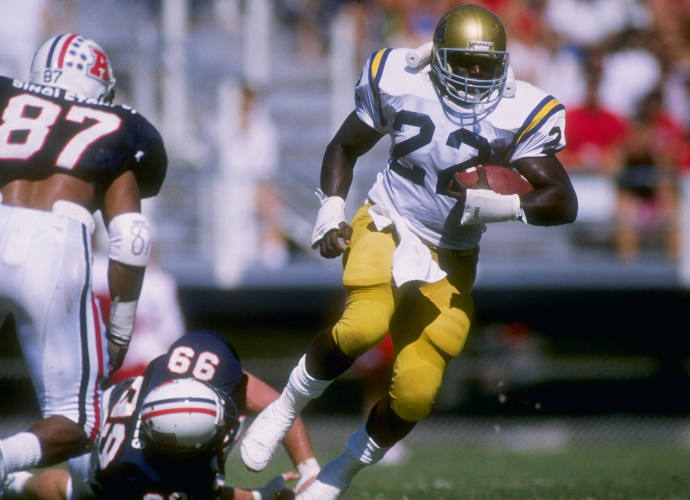 Mel Farr, a former Detroit Lions running back and local Ford dealership business owner, passed away recently at the age of 70.

In college, Farr was a part of the Sports Illustrated’s “ dream backfield” at the University of California Los Angeles with Heisman trophy winner, Gary Beban. He gained national fame when he made a 50 yard touchdown run against the University of South Carolina, which led to a 1966 Rose Bowl run that ended with an upset of the number one seed, Michigan State.

After being draft seventh overall in the 1967 draft by the Detroit Lions, Farr won the NFL Rookie of the year award. In his seven seasons with the Lions, he had career totals of 3072 rushing yards, 26 touchdowns, 1374 receiving yards, and a longest run of 57 yards.

Former teammate, Lem Barney, said of the late Farr, “He was a fun guy, sincere guy, a loving guy. He was a guy that everybody would want on his team. You would want Mel on your team. Good instincts, great heart. Very generous and a serious guy. He’s going to sorely be missed.”

After his NFL career, Farr became a businessman, owning a Ford dealership. It would eventually become the top black business as well as the thirty-third largest dealership in the United States.

In an interview with the Detroit Free Press, Farr said that, “I worked for Ford Motor Co. for seven years in the off-season. I worked in an area called dealer development. You see, in 1967 when I came here, Detroit was literally on fire because of the riots and so Henry Ford II said, ‘You know, we’re going to make Ford dealerships available to African-Americans,’ because before 1967 there were no African-American Ford dealers.”

And Farr saw his opportunity to make a change. After seeing the success of his first dealership, Farr opened 11 more dealerships, with local commercials featuring him with a cape spewing catchy slogans.

His cause of death is unknown, but he is survived by his wife, Jasmine and children: Monet, Milan,  Mel Jr., and Mike.