Kyle Schwarber Rallies Cubs To Victory Over The Reds After 13 Innings - uSports.org 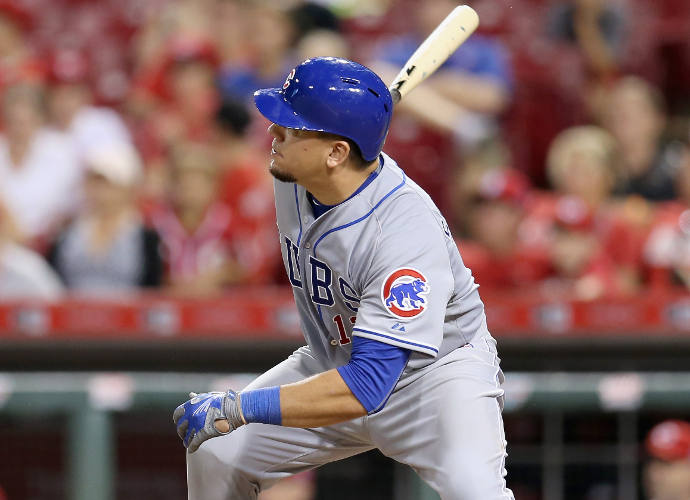 of the Cincinnati Reds against the Chicago Cubs at Great American Ball Park on July 21, 2015 in Cincinnati, Ohio.

It was a big day for Cubs rookie Kyle Schwarber, who put on his big boy pants and earned his pay, hitting two home runs in a 13 inning outing against the Reds. His first was a tying two-run homer during the ninth inning at the Great American Ball Park, which he then followed up with a solo shot during the 13th inning, leading the Chicago Cubs to a 5-4 victory over the Reds yesterday.

His second home run off of Nate Adcock (1-2) was the rookie’s first double-homer game of his career.

Schwarber, who was the fourth overall draft pick last year, is the catcher and a designated hitter for the Cubs, and is definitely making his team happy with their choice. Nine days ago, he played at the All-Star Futures game where he won the MVP award with a two run triple.

His first homer in the ninth was a 424-foot power shot down the right-field line after fouling off the first three of replacement closer, J.J. Hoover’s, pitches. Hoover, who was pitching in place of Aroldis Chapman (lucky for him he got some rest and a spared ERA), came into the game with a solid 1.70 ERA. Schwarber’s shot, consequently, was the first homer he had allowed all season.

Growing up, Schwarber cheered for the Reds, but now I don’t think they want him to – they just want him to not hit the next few pitches they send his way.