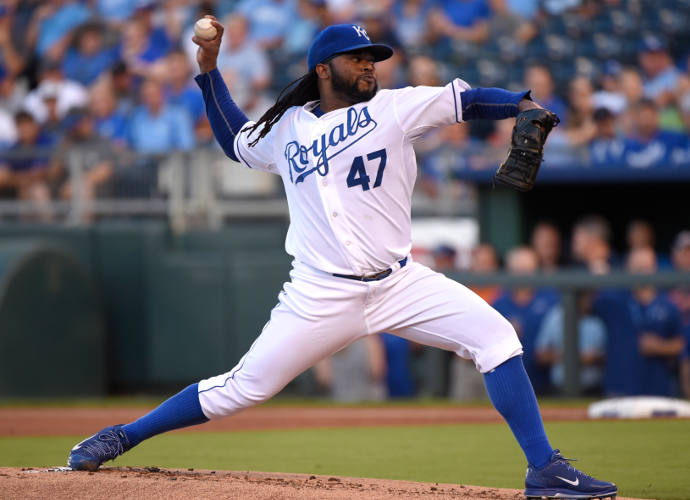 Kansas City Royals pitcher, Johnny Cueto, impressed management Monday night with a four-hitter in his debut game win against the Detroit Tigers. At 4-0, Cueto had a solid showing striking out eight without any walks, while also not allowing any runner past second base. While he went 1-1 in his debut, his overall performance definitely won him some hometown fans with his sixth career shutout and second for the season.

It very evident that his throwing was appreciated by fans, as Cueto received a loud cheer during his warmups which ended in a standing ovation after his stellar pitching performance. That is, each inning he did well. Acquired from Cincinnati on July 26 for three pitching prospects, the Royals can be proud that a good decision has been made.

After the game, Cueto was asked how it felt to have such a positive backing from the fans. With Pedro Grifol acting as his translator, he gave his thanks to those that cheered for him. “The crowd really gave me an extra boost,” he said. “This is the most I’ve felt from a crowd; the intensity is by far the most. I felt really proud the fans were just feeding me that last little boost of energy I needed.” Of course the intensity is high, you’re a Royals player. To fans, you are royalty.

But perhaps luck was on his side that game. Not to take away from his performance, but his matchup against Tiger Pitcher Matt Boyd, didn’t perform that well. Traded on July 30, Boyd gave up three runs in the first inning.