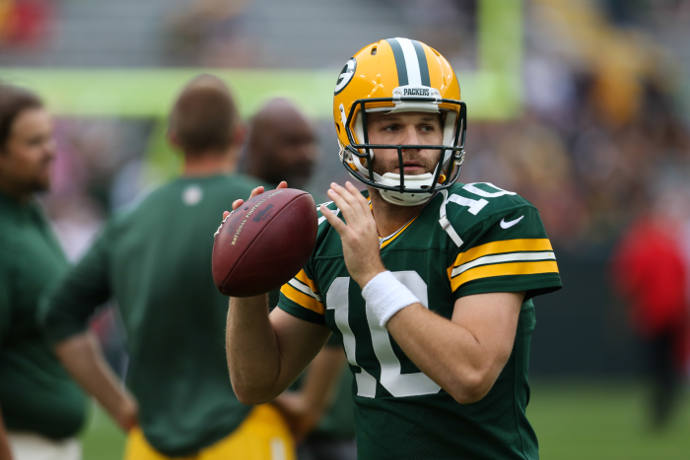 The Jets in an attempt to find a replacement for Geno Smith, who will be out with a broken jaw due to a locker room scuffle, has recently signed Green Bay QB Matt Flynn.  Flynn is a seven year veteran who has also played for the Oakland Raiders and the Seattle Seahawks.

While he was Aaron Rodger’s backup, he managed to see significant playing time due to injuries and blowouts, creating a career total of 2,541 passing yards for 17 touchdowns on 219 completions. He is a solid pickup for the Jets, as Flynn has a 61.4 percent completion rate as well as a 85.9 QB rating.

In 2011, Flynn set a team record for the Packers by throwing six touchdown passes and achieving 480 passing yards on his first start of the year. That game allowed him to gain his contract with the Seahawks of three years totaling $20.5 million. However, he was not able to become a starter as he was unable to beat out by third round rookie, Russell Wilson.

And Flynn is not the only new change that Jets management is bringing into this season. Todd Bowles, who was the former Arizona Cardinas coordinator is the current head coach of the Jets, and with the addition of Flynn, he will have the ability to add depth and flexibility to his roster. While Smith has not been indefinitely placed on the disabled list, even if Flynn does not keep his starting role, he will be able to provide suitable back-up energy behind Geno.

Smith, while still injured, was also filmed throwing a football around just a mere two days after his surgery, so it he may be play-ready sooner than projected.