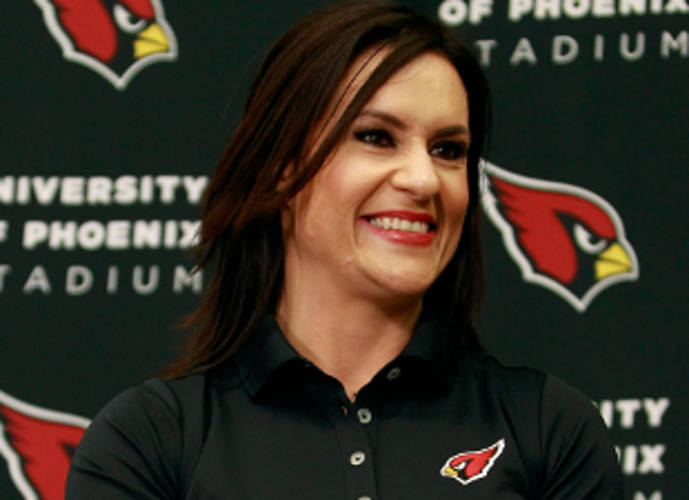 Jen Welter and the Arizona Cardinals have made history when they announced that Welter of the Indoor Football League has been hired as the NFL’s first woman to a coaching position.

Welter, who previously played collegiate rugby and 14 seasons of pro football, was brought in by Cardinals coach Bruch Arians to be a training camp and preseason intern coaching inside linebackers.

When asked about the hiring, Arians wrote a statement on the team website that:

Coaching is nothing more than teaching. One thing I have learned from players is, ‘How are you going to make me better? If you can make me better, I don’t care if you’re the Green Hornet, man, I’ll listen.’ I really believe she’ll have a great opportunity with this internship through training camp to open some doors for her.

The minute they can prove they can make a player better, they’ll be hired.

During her term with the IFL’s Texas Revolution, she played running back and special teams, becoming the first woman to play a non-kicking oriented position in a men’s league.

After playing, she went on to work under 2015 Hall of Fame Inductee Time Brown, where she became the first woman to coach a pro men’s football team.

Some will question her game knowledge and experience, but a text from an AFC player to Mike Freeman of Bleacher Report, said that, “The truth is, she has more playing experience than some of the coaches who coach me now.” Only time will tell if she is a good coach. And if she doesn’t turn out to be exemplary, gender isn’t the determining factor there, eh Mornhinweg?