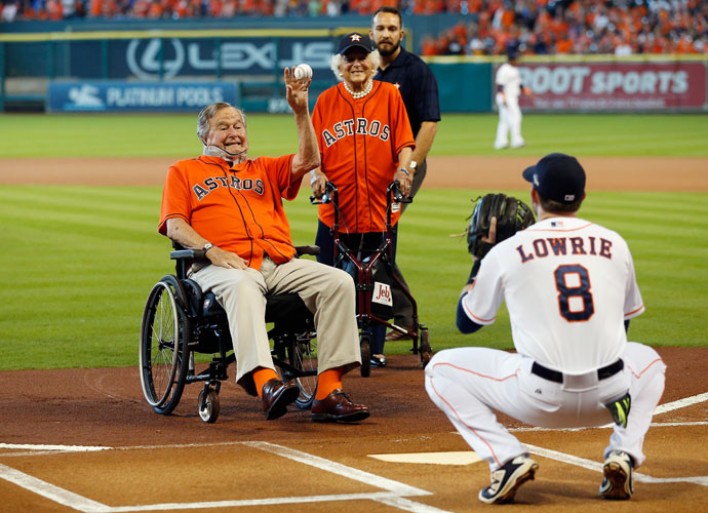 Former United States President George H.W. Bush and his wife, Barbara Bush, were on hand yesterday wearing matching orange jerseys to throw out the ceremonial first pitch before Game 3 of the ALDS matchup between the Kansas City Royals and his favorite baseball team in the Houston Astros.

In a wheelchair and a neck brace that he was put in after a recent fall that broke his vertebra in his neck, that didn’t stop the 41st U.S. President from coming out onto the field to throw the pitch. He threw the pitch about five feet from home plate for which it bounced to Astros third baseman Jed Lowrie, who gave him a hug after to show his gratitude towards the former President. Afterwards, he sat with his wife behind home plate to enjoy the game.

The Astros would go on to win the game 4-2 and have a chance to move onto the American League Championship Series with a win today against the Royals and face either the Toronto Blue Jays or Texas Rangers.