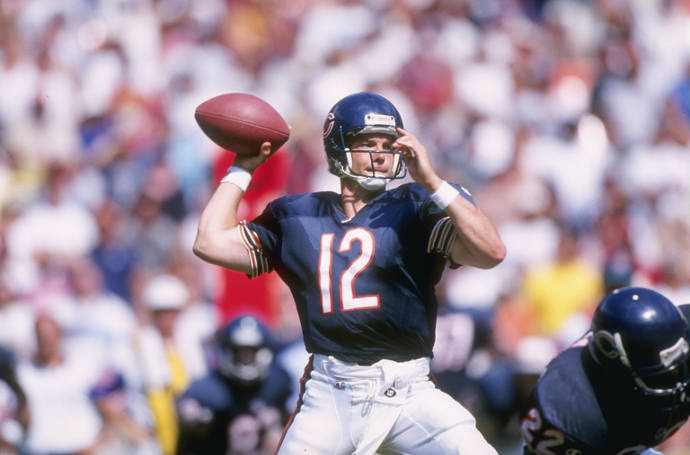 Erik Kramer, former NFL quarterback, shot himself Tuesday night, but was able to survive the suicide attempt, according to NBC News. Kramer was reportedly found in a motel with the gunshot wound, which luckily, was not life-threatening. His ex-wife, Marshawn Kramer, has reportedly been told by Erik’s sister that the wound is actually more serious than reported, despite police reports.

His current condition is still unclear.

Kramer’s suicide attempt is linked with a depression that he felt “since he was with the Bears” says Marshawn. His condition may have been exacerbated after his retirement in 1999 from the Chargers, as he suffered a neck injury that doctors told him could lead to paralysis if aggravated. Also, to compound possible causes of his suicide attempt, he filed for divorce with Marshawn in 2010, and in 2011 he lost his oldest son, Griffen, to a drug overdose. His other son, 17 year old Dillon, is still alive.

His suicide attempt is coming in the recent months of Junior Seau’s posthumous induction into the Football Hall of Fame. Seau committed suicide in 2012, and the cause seems to correlate to chronic traumatic encephalopathy – a brain disease leading to depression, memory loss, and dementia.

In a statement to NBC News, Marshawn said that, “He’s such a good dad and he would not do this to his son, this is a brain injury.”

During his tenure in the NFL, Kramer has been a QB for the Falcons Lions, Bears, and Chargers. In 1991, Kramer split his minutes with Rodney Peete, leading to a Detroit Lion record of 12-4. With him going 6-2. While with the Bears, he was 9-7 with 29 touchdowns and only 10 interceptions.