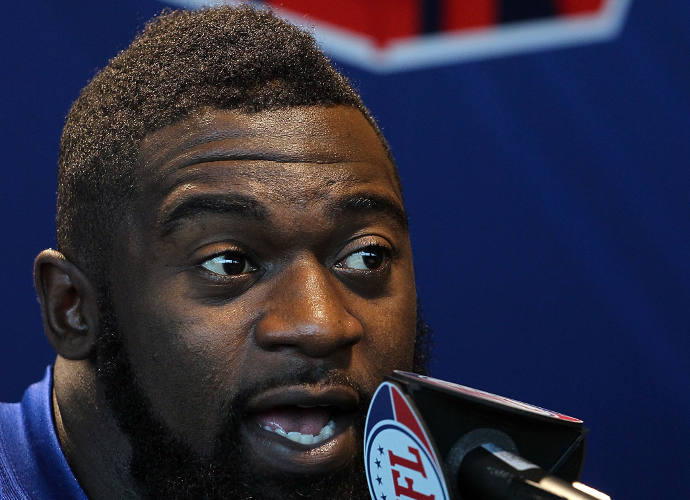 of the Indianapolis Colts speaks to members of the media during Super Bowl XLIV Media Day at Sun Life Stadium on February 2, 2010 in Miami Gardens, Florida.

Clint Session, former Indianapolis Colts and Jackson Jaguars linebacker, is in hot water with the law after claims that he is not helping his daughter who has developmental disabilities.

Davia Bradshaw, the child’s mother, has been wrapping up ongoing legal battles with Session for three years. Their daughter, Ashton, suffers from cerebral palsy, encephalopathy and a brain defect leaving her unable to walk, unable to eat normal foods, and nearly blind. She uses a wheelchair and needs a back brace to stand up, consequently making her dependent on others for support, even for the most basic of things, such as using the bathroom. As per the cost of many children with disabilities, the cost of Ashton’s care is very expensive. And Bradshaw claims Sessions lost interest in the child while pregnant.

Bradshaw will continue to fight for her daughter, as “If this had been a normal child and we were just fighting for money, I would have thrown in the white flag a long time ago, but she has disabilities. No one else, not even my closest friends or family, is going to step up for her, because it’s a lot of responsibility.”

While court documents say Session paid Bradshaw $75,100 between April 2012 and December 2014, they were in “erratic bundles,” and Bradshaw wants it to be more consistent.  Although they both went to court, the outcome may not turn out as Bradshaw wants, as the former NFL player claimed to be broke. He may have been lying, but he did not show up with a lawyer.

During the case, the judge wrote:

What was really happening was some financial sleight of hand. Bradshaw’s legal team subpoenaed Session’s bank records and hired a forensic accountant, which revealed that between October 2011 and November 2012, before Ashton’s birth and the developmental issues came to light, Session had handed over $5.1 million to his parents — “an attempt,” in the words of Judge Arthur Birken, “to circumvent and specifically intended to avoid paying his proper child support obligation.”

But that didn’t mean Session didn’t have access to funds. In April 2014, the former NFLer dropped $850,000 on a home in Indianapolis, forked over $34,820 for a Mercedes for his new girlfriend, gave $20,000 to a church, and spent $17,521 on a Sub-Zero refrigerator, apparently for the smoothie business, Raw Juice, that Session owns and runs in Indianapolis. “At no time did the Respondent/Father explain where, for what and whom these monies came.”

In February, Sessions was ordered to pay, in increments of $2,000 a month, $120,256 in back child support payments, as well as $6,900 for regular payments. Sessions has apparently only been giving Bradshaw $1,000 each month, and as such seem to be staying in court for much longer.