Former Linebacker Bart Scott Hid In A Bathroom To Avoid Signing With The Cleveland Browns - uSports.org 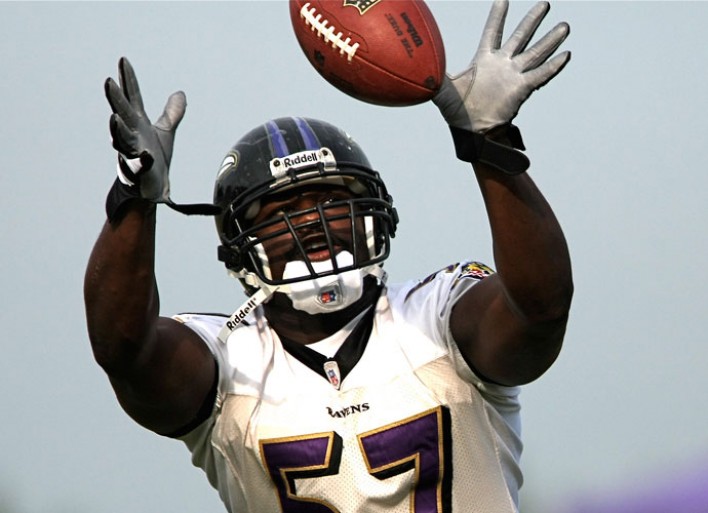 Linebacker Bart Scott spent a decade in the NFL before retiring after the 2012 season. Based on the Cleveland Browns’ performances in that time, it’s understandable that he didn’t want to play for them. But Scott went to some extreme lengths to avoid signing a contract.

Before his rookie season, the undrafted linebacker was on the verge of signing a deal with the Browns. The the significantly better Baltimore Ravens were also interested in him, though, and reached out about a potential contract. The only issue, however, was that Scott was in the Browns offices about to put pen to paper.

Bart Scott reveals he hid in a bathroom to avoid signing with the Browns 😂 https://t.co/Ixu7Ar133B

“So I hid in the bathroom,” Scott explained on the Simms & Lefkoe Podcast. “Ozzie [Newsone, the Ravens general manager] agreed. My agent said, ‘We good to go.’ I said, ‘Thank you guys very much, thank you all for coming out, good night, God bless.’”

While he was two years too late to win a title in Baltimore, the decision still worked out well for Scott. He played for some of the league’s best defenses before moving to the New York Jets, where he played until his retirement.