David Goffin, Grigor Dmitrov Advance To Second Round Of The Rogers Cup - uSports.org 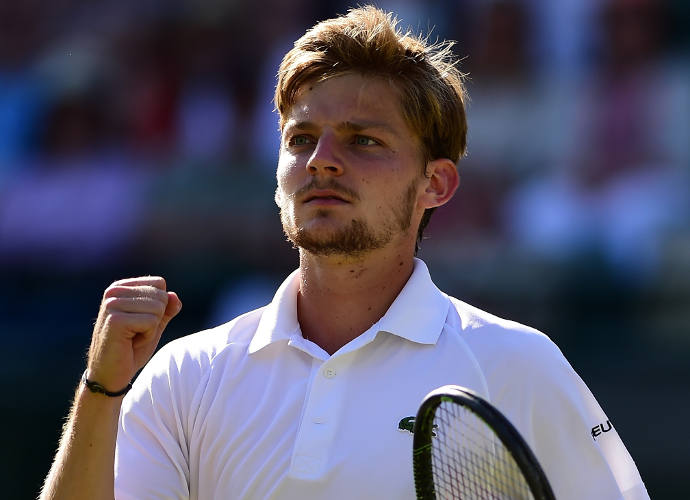 during day seven of the Wimbledon Lawn Tennis Championships at the All England Lawn Tennis and Croquet Club on July 6, 2015 in London, England.

David Goffin, Grigor Dmitrov Advance To Second Round Of The Rogers Cup

While not as well-known as the French Open or Wimbledon, the Rogers Cup World Group garners top tier talent to their games. In recent competition, David Goffin (13th seed) and Grigor Dmitrov (14th seed), have both advanced to the second round of the Rogers Cup at a less than dry Uniprix Stadium.

And perhaps it was the rain, but 11th seed Richard Gasquet pulled out of the competition due to an unspecified illness. His replacement for the Cup was a French compatriot named Nicolas Mahut. While unranked in the games, Mahut is widely known for his grass court play, powerful serves, and aggressive volleying, all of which led to his three titles.

During the games, Australian player Nick Kyrgios defeated Fernando Verdasco  6-3, 4-6, 6-4, and will continue to compete against third-seeded Stan Wawrinka. Mikhail Youzhny outplayed his opponent Viktor Troicki 6-3, 7-5, but will now be going against the ninth-seeded, Gilles Simon.