Dave Dombrowski Steps Down As President And GM of the Detroit Tigers - uSports.org 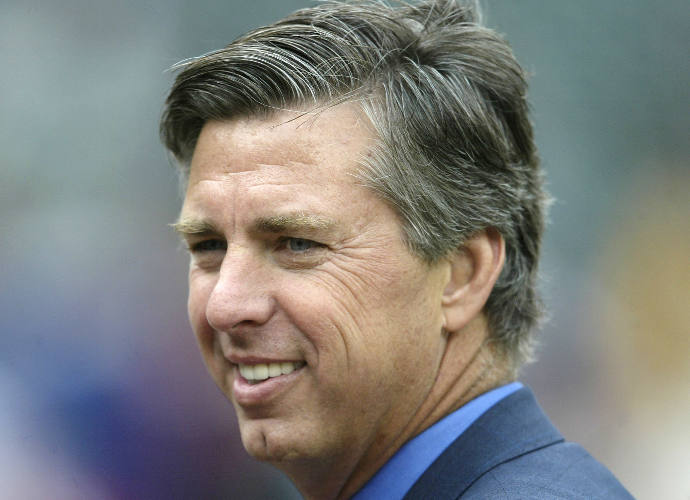 DETROIT - APRIL 8: General Manager Dave Dombrowski of the Detroit Tigers smiles prior to the opening day game against the Minnesota Twins at Comerica Park on April 8, 2004 in Detroit, Michigan. The Tigers won the game, 10-6. (Photo by Tom Pidgeon/Getty Images)

Dave Dombrowski is stepping down as both the president and general manager of the Detroit Tigers after turning the franchise from nobodies to an American League dynasty over 14 seasons.

On Tuesday, the four-time Central winners announced the move, to everyone’s surprise as Dombrowski just closed deals on a few big trades. Now the question on everybody’s mind is: what’s next for him?

While an eye-turner, it shouldn’t be too surprising, as he was reaching the end of his contract that put him in charge of a team that was sub .500. If its any consolation to fans, he is being replaced by Al Avila, one of Dombrowski’s top assistants, whose son is a catcher for the Tigers.

In a statement to the media about the move, Tigers owner Mike Illitch said that,

I’ve decided to release Dave from his contract in order to afford him the time to pursue other career opportunities. I feel this is the right time for the Tigers to move forward under new leadership.

I would like to thank Dave Dombrowski for his 14 years of service. Together we’ve enjoyed some success, but we’re still in aggressive pursuit of our ultimate goal: to bring a World Series title to Detroit and Michigan

While under Dombrowski, the Tigers have won four consecutive division titles, but without Dombro, there may not be a fifth in the future as they are behind the Royals by 11 ½ games. But before he left, he looked past the present and helped established the team’s future by moving the team’s top player for future prospects. Some of the moves include David Price, Yoenis Cespedes, and Joakin Soria.

Prior to his tenure with the Tigers, Dombrowski was the general manager for the Expos and the Marlins, and because of his impressive achievements, he won’t be out of a job for very long.

Avila was hired on Saturday, right after Dombrowski completed his last trade deal, but it was so quick that even the Tigers manager, Brad Ausmus, didn’t know about it.

With contracts still owed to Verlander, Cabrera, and Victor Martinez, the future for the team is uncertain for Avila, as the new recruits merely add young arms to its pitching stable, but if Dombrowski liked Avila, so too should Detroit.