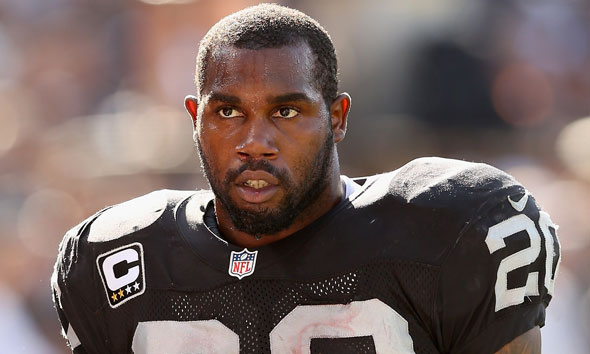 Darren McFadden has reportedly signed a two year deal with the Dallas Cowboys to fill their need at running back. The move comes after the Cowboys lost star DeMarco Murray to the rival Philadelphia Eagles. Sources say the deal is worth $5.85 million and include a $200,000 bonus.

McFadden has put up some good numbers in his seven seasons as an Oakland Raider. He ran for 4,247 yards and scored 25 touchdowns on the ground and added 1,769 more yards through the air for the silver and black. However, he’s also been constantly hampered by injuries throughout his career and has been unable to keep a full season together consistently.

Last season was McFadden’s first 16 game season in his career. Even still, he ran for just 534 yards, an average of under 3.4 yards per carry, and started the season as a backup behind Maurice Jones-Drew. After Jones-Drew was injured, McFadden was given the opportunity to win back the starting job, but ultimately lost it a second time to Latavius Murray.

Jerry Jones and the Cowboys will be banking on McFadden to have a resurgent season – especially now that they’re without last year’s leading rusher in Murray. With the pressure ramped up for Dallas, this might not be the last big move the Cowboys have in mind as the free agency period continues to roll on.