Chicago Cubs and Pittsburgh Pirates Game Gets Rained Out At 1-1 - uSports.org 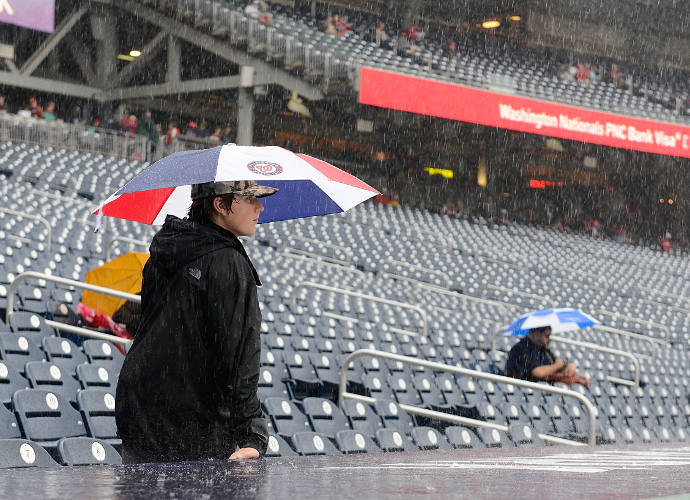 Cubs and Pirates Rained Out

Rain, rain go away, come again a different day. Both the Chicago Cubs and the Pittsburgh Pirates got a bit of rest yesterday, as two rain delays equaling 3 ½ hours, postponed the game – no makeup date has yet been announced. This comes as a saving grace to the Cubs, whose third baseman, Kris Bryant left the game early to due dizziness.

Bryant seemingly injured his head during the Cub’s game on Sunday against the Milwaukee Brewers as he slid headfirst into second base, hitting shortstop Jean Segura’s leg. After this occurred, he was taken out, and while he was cleared of the necessary concussion tests and was okay’ed to play, he remained dizzy. When asked about the slide, Bryant joked that he would only slide feet first to avoid future injuries.

Only in his first season in the MLB, the rookie has had a solid performance. Bryant is currently hitting .246 with 14 homeruns and 61 RBIs in only 95 games. But with the season still a ways from being over, Bryant needs to stay healthy to support his team.

With a stagnant score tied 1-1 in the middle of the fourth – at midnight- the game was called to an end. The game saw the delay at the bottom of the second, with a downpour of two hours and then again for one hour and 20 minutes.

Cubs manager, Joe Maddon, seemed a bit let down that he had to end the game early, saying, “It had all the appearances of a really interesting game and the weather would not cooperate.

At third in the National League at 57-47, and only 9.5 games behind the Cardinals, Maddon hopes that the team can continue their five game winning streak.