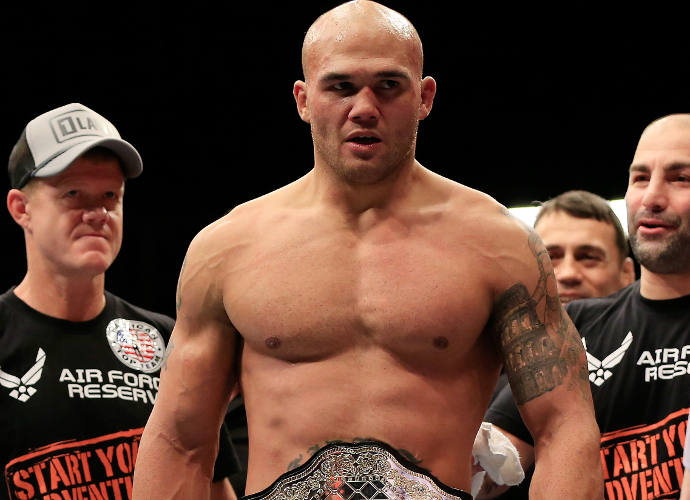 Johny Hendricks Robbie Lawler in their welterweight title fight during the UFC 181 event at the Mandalay Bay Events Center on December 6, 2014 in Las Vegas, Nevada.

After tearing his ACL in a loss against Tyron Woodley, Carlos Condit, the 170 pound former UFC champion who, in May beat Thiago Alves, is again the number one contender in the welterweight division.

Bleacher Report’s Jeremy Botter has confirmed that Condit’s next fight will be against the current welterweight champion, Robbie Lawler, and the two are set to be the main even at UFC 193 in Melbourne, Australia, on Nov. 14.

Lawler is going into training camp with a high morale, as he is coming off of a 5th round technical knock-out of Rory MacDonald at UFC 189, but critics are asking why he isn’t going to be fighting the former welterweight champion and number one ranked fighter in his division, Johnny Hendricks. But even if Hendricks wasn’t picked, why didn’t the match go to the number two, Tyron Woodley. Condit, who is ranked number three, seems to have gotten lucky to skip two rankings and try for a title, while the two ahead of him have to suffer through an elimination before a title shot. It is also good to note that the 2-3 Condit suffered his loses to the two fighters ranked above him, Hendricks and Woodley.

Hendricks has voiced his concern about this situation. As reported by MMA Junkie’s Mike Bohn,

I am pissed. You fight and you do the right things and then you get jumped. What do I need to do to stay relevant? What do I need to do to get back to that title? You’re sitting there and you’re going through all these things. Don’t get me wrong, I am still mad, but again, what can I do? The only thing I can do is go out there and train hard and get another win … you just start beating everybody then next thing you know, there’s going to be nobody left but me.

But the Condit vs Lawler fight is sure to be a technical slugfest, as both fighters are adept at the standup and mediocre on the ground. And while it won’t settle the Lawler/Hendricks trilogy, it is sure to give UFC fans the brawl they want to see.

The only thing now is to place bets on who gets the belt after Hendricks and Woodley.