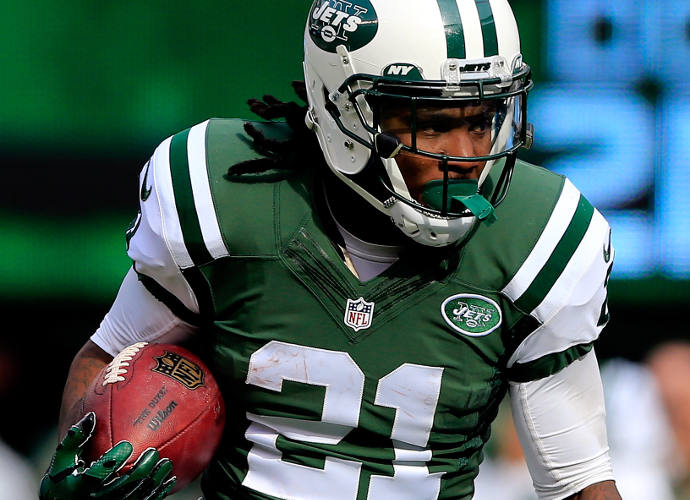 during a game at MetLife Stadium on November 9, 2014 in East Rutherford, New Jersey.

After last season’s 109 run plays for an average of a 2.9 yard gain, the Arizona Cardinals knew that they would have to bolster their running game this season if they wanted shot at this year’s Super Bowl.

After quarterback Carson Palmer’s ACL surgery, the second on his knees, Cardinal management want to keep their franchise QB healthy, and the only way to do so is to create a different offensive threat that removes the focus from Carson and his receivers. It was evident that without a deep run game, Andre Ellington could not carry the team on his shoulders.

Now what is the Cardinal’s solution to this? Free agent Chris Johnson.

After reportedly extending a contract to the veteran running back, who was a former Tennessee Titan and New York Jet, Cardinal management hope that he will solve their ground game woes.

While he is getting older and is entering into his seventh season, Johnson still has a bit of quickness left in his legs, and it was seen last season with the Jets.

Without a starting role, he still managed 663 yards on 155 attempts — numbers that aren’t terrible for a superstar in context, but flexible for future runs.

If he comes into the Cardinals, he would go head to head against Ellington for the starting position, but it is an overall even matchup, as Ellington had an inconsistent 2014 season.

Ellington has a career total 1,312 rushing yards on 319 attempts, and regardless of who gets the starting position, with two dynamic runners on the field, the Cardinals with have a lot more option to work with.