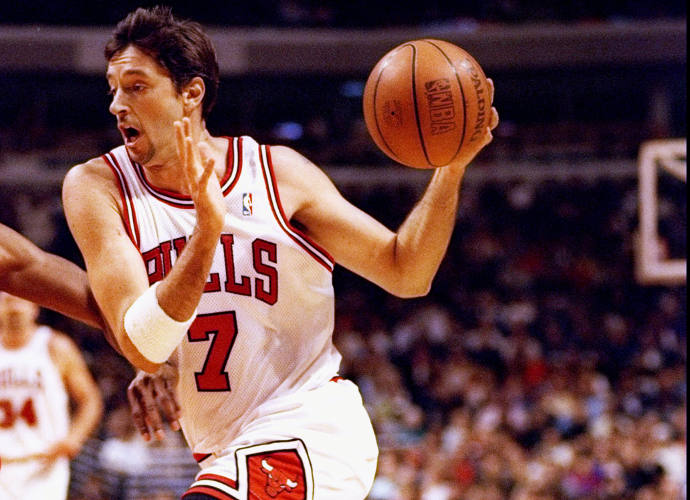 13 Oct 1997: Forward/guard Toni Kukoc of the Chicago Bulls in action during a preseason game against the Atlanta Hawks at the United Center in Chicago, Illinois. The Hawks won the game 84-83.

If the addition of Scottie Pippen wasn’t enough for Chicago Bulls management, they have recently hired former center Toni Kukoc as a special advisor to the Bull’s president and chief operating officer, Michael Reinsdorf.

“You only have to be around Toni for a few minutes to appreciate his personality, passion, and professionalism and recognize the contributions he will make to our team in his new role,” Reinsdorf said regarding the hiring of the former Bulls big man. “Toni will work across the organization and his duties will be wide-ranging. He will bring valuable perspective that comes with experience to many areas, whether it is relating to the international players on our team or sharing what it means to be a Chicago Bull when talking to partners and fans. Toni will be a strong representative of both the team’s legacy and its future.”

When asked about how it feels to be part of the team he helped win championship titles with, Kukoc feels right at home. In a statement about the recent hiring, he said, “It is a thrill and an honor to again be a part of the team that helped define my basketball career here in the United States and in Chicago. The Bulls have become my extended family, and I am really looking forward to the future and being a Bull for life.”

During his professional NBA career, Kukoc was a Bull for seven out of 13 seasons, during which he was on the starting rotation with Michael Jordan, Scottie Pippen, Dennis Rodman, and Stever Kerr. While on the team, he saw three title wins, and won the 1996 NBA Sixth Man of the Year Award. He has a career average of 11.6 points, 3.7 assists, and 4.2 rebounds per game.