Bruins And Canadiens To Face Off In 2016 NHL Winter Classic – Report - uSports.org 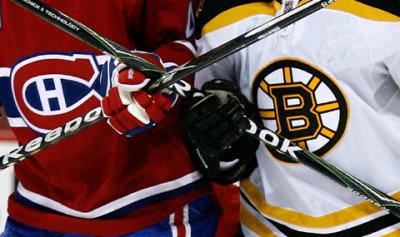 With NHL All-Star Weekend coming up, many in the hockey community are wondering if the league’s brass will announce the site of next year’s Winter Classic. If a report that came out today holds true, they won’t have to wait much longer.

According to WEEI in Boston, Gillette Stadium will host the 2016 NHL Winter Classic with the Boston Bruins facing off against the Montreal Canadiens, their long-time bitter rivals. It would be the 2nd time the Bruins have hosted a Winter Classic, with the first being the 2010 edition at Fenway Park. It would also be the third outdoor game for Montreal, who’ve played in two Heritage Classics in Canada, but would be their first in the NHL’s marquee regular season event.

The move to put original six rivals between borders in the Winter Classic paid off last season when the Detroit Red Wings played the Toronto Maple Leafs to record shattering crowds at Michigan Stadium. After going inter-conference this season with the Chicago Blackhawks and Washington Capitals, there were whispers going around that bringing a rivalry into the mix would be the NHL’s next course of action. And with the Bruins and Canadiens rivalry being at the forefront in recent years, including another classic 7 game playoff series last year, it was one of the favorites to be next year’s matchup.

Although there could be scheduling issues depending on the NFL schedule with the New England Patriots, a team that perennially makes the playoffs, it looks like the NHL will mix things up by going to Gillette Stadium instead of returning to Fenway Park. Besides the fact it breaks up some repetition, given that Boston will be the first team to host 2 Winter Classics, Gillette Stadium also holds almost double the amount of fans as baseball’s treasured ballpark.

There’s been no confirmation from the NHL at this moment, but NBC Sports (the NHL’s television partner), ESPN, and other sources have run with the WEEI report.