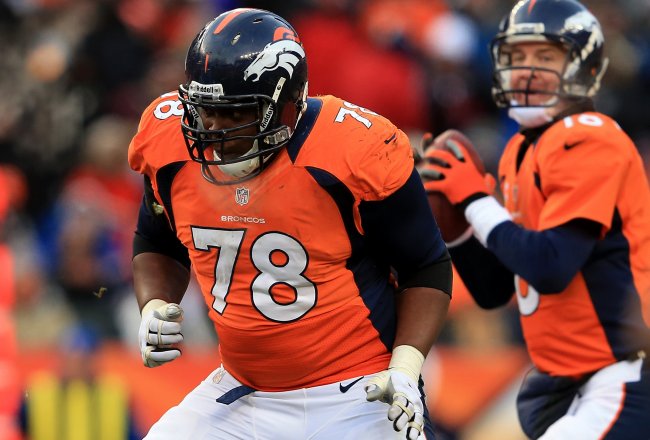 The Denver Broncos’ offensive line took a major hit for the upcoming season this week as the team announced Pro Bowl left tackle Ryan Clady suffered a torn ACL in practice Wednesday and is likely to miss the entire 2015 season.

Clady suffered the injury while blocking for a pass play in an 11-on-11 drill with the team. He was treated by trainers for an injury on his left knee and did not return to training. It was unknown to the team how serious the injury was at first, as Clady was only seen limping on the sideline after pulling himself out of practice. An MRI on Thursday revealed the tear in his left knee.

Clady will wait until the swelling in his knee goes down before he undergoes surgery. Denver will not officially rule on Clady’s status for the season until the procedure is completed.

This will be Clady’s fourth major surgery in five years. One of the most well known cases was when he blew out his knee in a basketball game during the offseason in 2010, but managed to return and start in all of the Broncos’ 16 games that season. He has also started in each of Denver’s regular season games for six of his first seven seasons in the league.

Ryan Clady has been a Denver Bronco since he was drafted in 2008. He has made the Pro Bowl four times and has been named to the NFL’s first-team All-Pro team twice.