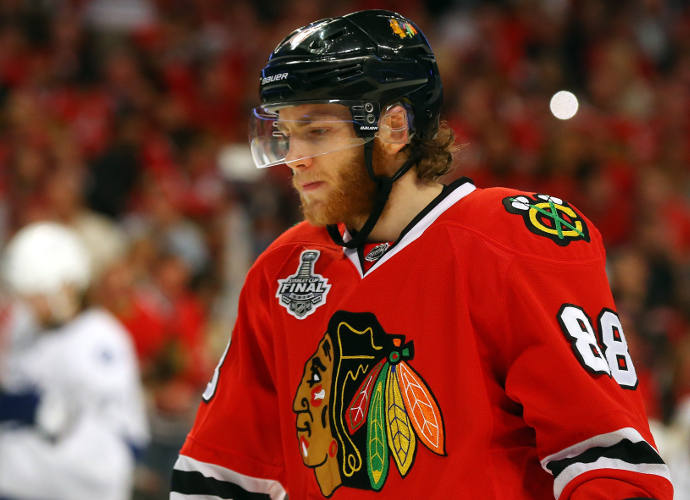 Chicago Blackhawk forward, Patrick Kane, is reportedly under investigation by police in Hamburg, N.Y., following a reported incident, according to the Buffalo News. It seems a bit off, however, as the police are not saying anything about Kane’s involvement or the actual incident.

In a report made by the Buffalo News, a few sources in Hamburg police headquarters have forbidden officers and detectives from discussing the investigation to the media or publicly.

The Buffalo News interviewed people regarding the case, but the language used deflected the questions. When asked about the investigation, Hamburg Police Chief Gregory G. Wickett said that, “We can neither confirm nor deny the existence or nonexistence of a criminal investigation until such a time as a person is charged with a crime.” Likewise, when Frank A. Sedita III, a Erie County District Attorney, was also asked about the possible investigation, he employed the same language as the Police Chief, saying, “We neither confirm nor deny the existence or nonexistence of an investigation until such time as someone has been charged with a crime.”

Because of the lack of evidence, corroborating or not, it is difficult to implicate Kane in any wrongdoing, as it seems like nothing is actually happening in terms of this case. It is also unclear as to whether or not the he has even been brought in for questioning.

It may just be an inference that is being made, but Kane has gotten in trouble before, but it has never been overly serious. His last charge was merely for disorderly conduct after he got into an altercation with a taxi driver in 2009. But over the recent years, the Blackhawk star has been looked down upon due to his college-esque partying habits early in his career, which led to negative unwanted photos and rumors.

Since that time, though, Kane has avoided any other issues, and is set to start his eight year $84 million contract extension.