Barry Bonds 'Relieved' That The Department Of Justice Dropped His Case - uSports.org 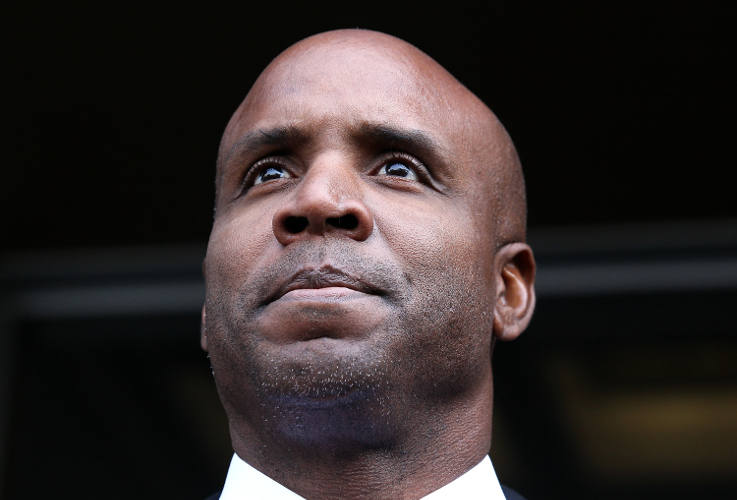 Barry Bonds ‘Relieved’ That The Department Of Justice Dropped His Case

After more than decade of back and forths regarding Barry Bond’s alleged use of steroids, the Justice Department decided yesterday to drop the case, giving both closure and peace to the troubled former All Star.

In 2011, a jury ruled that Bonds was obstructing justice when he presented the grand jury with an extended and ambiguous answer to a seemingly yes or no question in 2003. When asked, “Did Greg ever give you anything that required a syringe to inject yourself with?” Bonds replied with the nonsensical response, “That’s what keeps our friendship. I was a celebrity child, not just in baseball by my own instincts. I became a celebrity child with a famous father. I just don’t get into other people’s business because of my father’s situation, you see.”

Bonds never did deny his use of steroids, he merely stressed that Anderson gave him flaxseed oil and arthritic balm.

As a result of his response, Bonds was sentenced to do 30 days of home confinement, two years of probation, 250 hours of community service in youth-related activities, and a $4,000 fine. He completed his home confinement period as his appeal was being decided.

While Bonds attained a legal victory, a win for hall of fame votes does not seem forthcoming, as critics are not yet sold that he was not involved in cheating. This year, during his third Hall of Fame ballot appearance, he received only 202 votes totaling a mere 36.8 percent of votes from the Baseball Writers’ Association of America. In order for a player to be eligible for the Hall of Fame, he must receive at least 75 percent of the votes.

On his personal blog, Barry Bonds released a statement that illustrates his happiness with the court’s ruling.

“The finality of today’s decision gives me great peace.  As I have said before, this outcome is something I have long wished for.  I am relieved, humbled and thankful for what this means for me and my family moving forward. Throughout this process my faith in God, along with so many who have supported me, is what has kept me going. Thank you to all of you who have expressed your heartfelt wishes to me; for that, I am grateful.  I’d also like to thank my outstanding legal team for their continued work on my behalf.”