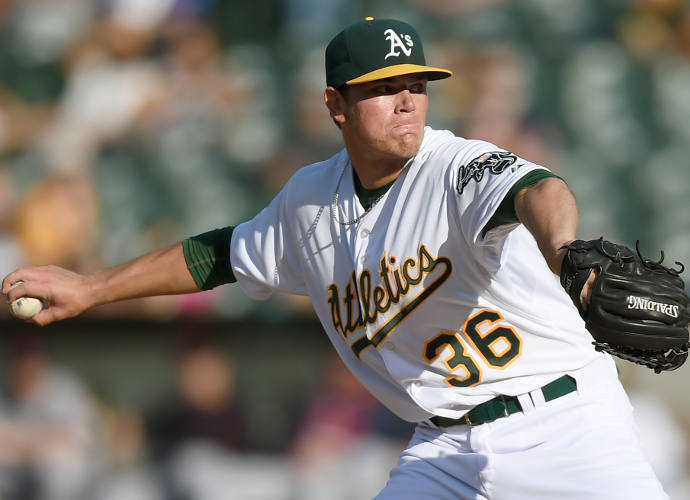 Perhaps the Oakland Athletics are taking a page from the New York Yankees, but A’s general manager, Billy Beane, and manager Bob Melvin are looking to their younger pitchers during the final stages of this season’s pennant race.
Aaron Brooks, a rookie pitcher who has made his way onto the rotation, played a solid game against the Houston Astros, giving up only four hits and striking out seven in seven innings. Out of the seven, he only allowed two runners in his last five innings. That game, all starters entered boasting the lowest ERA in the MLB, and the rookie didn’t do anything to run that effort. And while the A’s took a 5-4 loss that night after Brooks left on a one-run lead, he thoroughly impressed the management.

After the 10 inning showing, Melvin said of the rookie, “He pitched great. That’s all you can ask at that point. It would have been nice to reward him. It’s tough. We’ve lost many games like this. It comes down to a bunch of little things.”

And it was the little things indeed that caused the loss – namely the relief pitching. As relief pitcher Felix Rodriguez took over, he gave up three runs, two of which came out of Houston’s rookie Carlos Correa’s home run.

The right handed Brook, while he had a not so good 6.23 ERA with the Kansas City Royals, must have found something he liked in the Oakland water, as he is sporting a solid 1.26 ERA on a .698 WHIP.

Rodriguez currently has an abysmal 7. 67 ERA, but is currently .500 on his win/loss ratio.