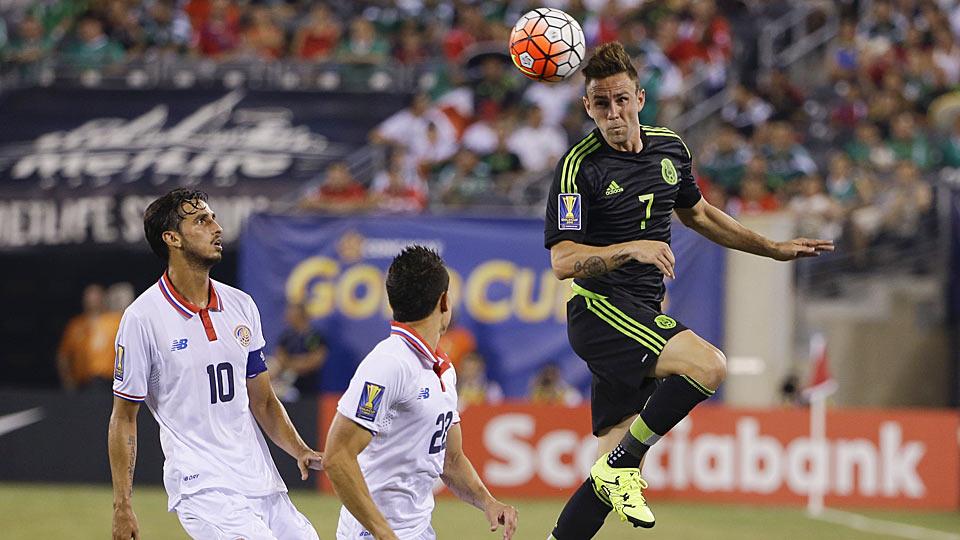 The CONCACAF Gold Cup held its quarterfinal round over the weekend with an exciting slate of games. The final of the four games, however, has everybody in the soccer world talking as Mexico moved on after converting on a questionably rewarded penalty kick in the final minute of the game. Elsewhere, the United States Men’s National Team took quick work of Cuba, while Jamaica and Panama survived nailbiters to enter the semifinal round.

The weekend kicked off in Baltimore on Saturday with a doubleheader that saw the United States and Jamaica advance. The U.S. easily handled Cuba in a 6-0 victory. American star Clint Dempsey got the scoring started quickly with a 3rd minute header. He added two goals to complete the hat trick.Omar Gonzalez, Gyasi Zardes, and Aron Johannsson each added a tally to help in the Americans’ victory. Brad Guzan was awarded the shutout in net. Later in the evening, Jamaica held on to a 1-0 lead over Haiti after Giles Barnes’ 6th minute goal to earn a date against the Americans in the semifinals. Jamaican goalkeeper Ryan Thompson got the shutout with 7 saves in the winning effort.

Sunday’s action in East Rutherford, NJ saw lots of late drama. In the first quarterfinal game, Panama and Trinidad and Tobago went the distance and was decided in penalty kicks. After finishing 120 minutes at 1-1, Panama survived the shootout 6-5 to send themselves to the semifinals and end the dream run by Trinidad and Tobago.

In the final game of the weekend, Mexico and Costa Rica met in a battle between two of the CONCACAF federation’s biggest powers. The game was a 0-0 draw throughout its duration as it went into extra time. The officiating was questionable throughout the game, but it grew to a new height in stoppage time.

The officials called a penalty kick after Mexican forward Oribe Peralta fell to the ground after missing an attempt to head the ball towards goal. However, Peralta did not looked to be touched as he went up to the air and given that similar fouls were not called throughout the game, it was questionable to why it would be called in the dying embers of the game. Regardless, Mexico sent Andres Guardado to the spot. He converted the penalty and sent Mexico to the semifinals while knocking out a Costa Rican squad that had made the FIFA World Cup quarterfinals just a year earlier.

The semifinals with both take place on Wednesday from the Georgia Dome in Atlanta. The U.S. will face Jamaica in the first game, scheduled for 6 pm EDT, which will then be followed by Mexico-Panama at 9 pm. The winners will then play for the Gold Cup on Sunday from Philadelphia, while the two losing teams will play a consolation game in Chester, PA on Saturday.