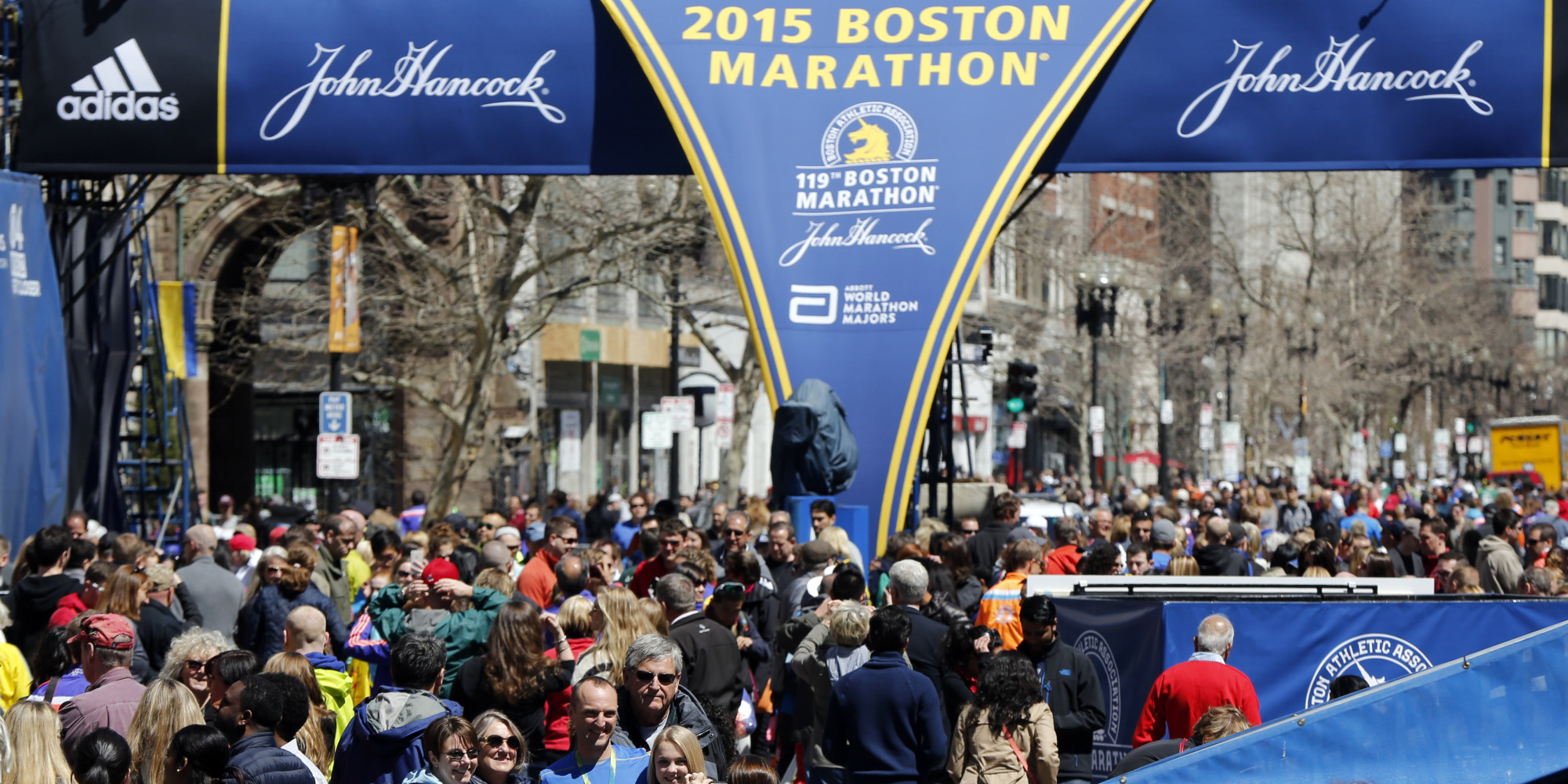 Today is the third Monday of April, which means the city of Boston is celebrating Patriots’ Day and another running of the Boston Marathon. The city came together for the second year since the bombings that halted the 2013 marathon in today’s 119th running of the race. Ethiopian Lelisa Desisa, the winner of the race before the bombs went off two years ago, won his second men’s title in a much more celebratory atmosphere while Kenya’s Caroline Rotich won the women’s race in a sprint to the finish with Mare Dibaba.

The cold weather and rain weren’t enough to dampen the spirits of Bostonians, who once again crowded the 26.2 mile course. Many of them carried signs to continue to express the city’s defiance with the rallying cry of “Boston Strong.” And after the tragedy of 2013 and the emotions of 2014, this year’s Boston Marathon was a welcomed return to normalcy.

Read more about:
Boston Marathon Running
Listen to the uInterview Podcast!
Get the most-revealing celebrity conversations with the uInterview podcast!