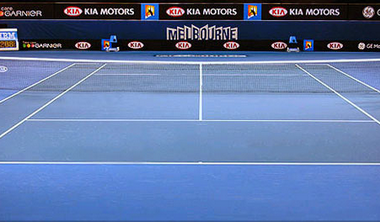 Tennis’ first grand slam of the year wrapped up in Melbourne this weekend with two familiar faces coming out on top. Top seeded Serena Williams defeated Maria Sharapova for the women’s title on Saturday while Novak Djokovic topped Andy Murray for the men’s crown on Sunday.

Serena won her 19th Grand Slam title in her thorough 2 set victory over Sharapova. The American is now only three behind Steffi Graf’s 21 titles for the all-time Open-era grand slam title lead. Williams, who has dominated in head-to-head matches with Sharapova, won the first set 6-3. She won the match after surviving a late rally by her opponent to take the 2nd set 7-6 in a tiebreak. Williams remains undefeated in Australian Open finals and notched up her sixth title down under.

Williams has now won 16 matches in a row against Sharapova, who was the #2 seed in the tournament, to improve her head-to-head record to 17-2. Sharapova has now lost her third Australian Open championship round appearance, with her only victory coming in 2008.

Djokovic continued the theme of Aussie dominance by winning his 5th Australian Open in 4 sets. The Serbian native defeated Murray by a scoreline of 7-6, 6-7, 6-3, 6-0. Although the first two sets were decided by tiebreak, Murray ran out of gas as Djokovic had a perfect set to win the match. The championship is Djokovic’s eighth Grand Slam title.

Djokovic and Williams will continue their pursuit of the record books later this May in the second Grand Slam of the year– the French Open in Paris. After the Australian Open, it’s hard to see the two of them slowing down any time soon.