Shut Down Your Haters: A Guide to Recent Trash Talkers - uSports.org

Shut Down Your Haters: A Guide to Recent Trash Talkers

Earlier this week, Trinidad and Tobago were down by one goal in the final minute of stoppage time in their match against Mexico during the CONCACAF Gold Cup. As Chicago Fire midfielder Joevin Jones lined up to take a corner kick, Mexican fans can be clearly seen pelting him with trash from the stands and can be seen shining laser pointers in the midfielder’s eyes as he lined up the kick. See for yourself here.

Of course, Jones and teammate Yohance Marshall tied the Mexicans with a beautiful header goal in what may have been one of the greatest “sit down and shut up” moments in recent sports history. In honor of the Trinidad and Tobago performance, we decided to recap some of the greatest trash-talkers in recent memory. 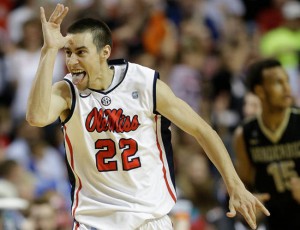 Though not nearly as well known as some of the other list inclusions, Henderson is one of the most polarizing. Check out this highlight of him after beating Auburn on their home court during the 2012-2013 college basketball season. Yes, that is a very unapologetic Henderson taunting the entire student section after making two free throws. Legend.

Paul Pierce is no stranger to hitting game winning shots. He’s going into his 18th season in the NBA and The Truth has racked up quite a few highlights but none as memorable as his performance in Game 5 of the 2015 playoffs against the Hawks. In the video below, Pierce can be seen nailing a baseline three with 7.8 seconds to go and immediately turning to trade words with Atlanta’s bench. Ev en though the Wizards failed to recover a rebound on the next possession and lost to an easy Al Horford rebound, Pierce’s immediate jab goes down in history as one of the most demoralizing pieces of trash talk ever.

Much has already been written about Sherman and his “vocal tendencies” but the simple fact is that since his entrance into the league in the fifth round of the 2011 draft, no other player can match his 24 interceptions, his off field eloquence, or his legendary post game rants.

Maybe he’s trying to carry on the legacy of the greatest heavyweight boxer and trash talker of all time, Muhammad Ali. Maybe he’s just an idiot. Stories of ill-advised Mayweather chirps abound across the internet and these days it’s hard to tell what actually came from the boxer’s mouth; that’s not the case with this video in which Mayweather clearly shows of his “I don’t care about anything you have to say” attitude to long time HBO Boxing commentator, 80 year old Larry Merchant. Merchant more than holds his own however, telling Mayweather “I wish I were 50 years younger so I could kick your ass.” See this legendary display of mouthiness below. 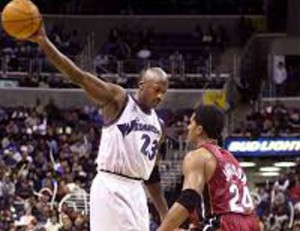 Without including Muhammad Ali on this list, there was really no question as to who the greatest trash talker in the last twenty years is: Michael Jordan. Since His Airness took flight, stories have long circulated about the razor sharp tongue of the G.O.A.T.  Choice lines include “Shoot it you f***ing midget” to 5’3 guard Mugsy Bogues, closing his eyes during free throws, reminding opponents whose shoes they were wearing and repeatedly laying out to defenders what he was going to do and then scoring on that exact play. Jordan made his own mythos, not just with his game but his incredibly competitive spirit that drove him to not only beat opponents, but make sure they stayed beaten, verbally and physically.