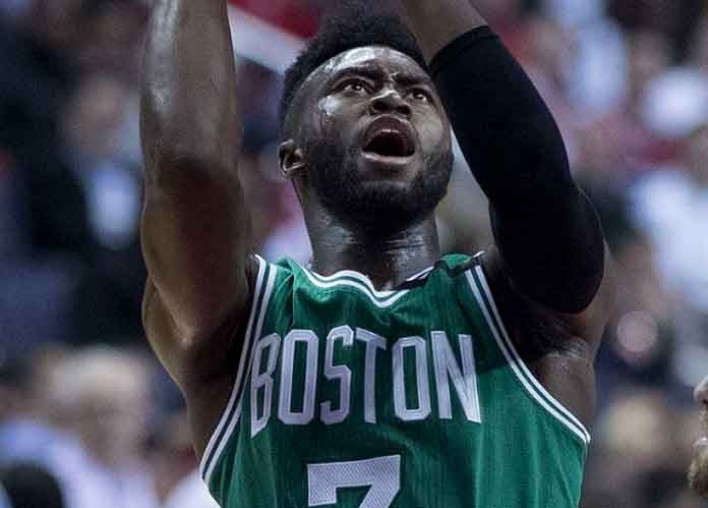 The Boston Celtics and Jaylen Brown agreed to a four-year, $115 million contract extension on Monday, which means the forward will now be with Boston through the 2023-2024 season. Brown’s extension does not include any team or player options.

The move comes just before the NBA’s 6 p.m. EST deadline for rookie contract extensions and marks the Celtics’ first since Rajon Rondo in 2009. Brown, who joined the team in 2016 as the third overall pick out of California, was the Pac-12 Freshman of the Year in 2016 and was also named to the NBA All-Rookie Second Team in 2017.

Celtics stars Kemba Walker and Marcus Smart have also recently signed new deals to stay with the team for at least three more years, which means Boston will boast a strong core this season. Jayson Tatum is also expected to rejoin the Celtics next offseason. It’s important to note, however, is that some reports have claimed Brown is not friendly with Kyrie Irving, so the fact that the All-Star is now with the Brooklyn Nets will likely help avoid some tensions in the Celtics locker room.

Brown has averaged 11.2 points in three pro seasons, including 18 points per game in as many playoff contests during the 2017-18 postseason.

“Jaylen has made tremendous strides over the last three years and has become a fantastic player for us on both ends of the court,” Ainge said in a statement released by the team to ESPN. “He’s a great person and hard worker who, at 22 years old, can score and defend against the best players in the NBA. Jaylen is a true professional who did a great job accepting his role last season, and he is a major part of our championship goals.”

The forward was also a starting player for Team USA in this summer’s FIBA World Cup.