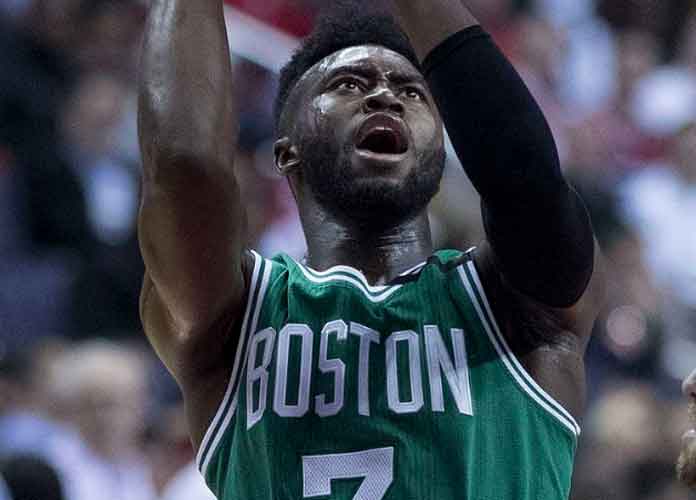 Jaylen Brown propelled the Celtics to victory over the Raptors Wednesday, 118-102. He received a great gift on Christmas; the first win of his career in Toronto. Boston had lost its last eight there and became the first Atlantic Division team to win in Canada in over four years. The Celtics are now 8-2 in their last ten and have won four straight.

“It was good to get a win here on Christmas. I’ve never won here period, so it was great to just get one,” Brown told Boston.com. The Celtics’ swingman had a huge night scoring 30 points with six rebounds and four assists on 10-13 from the field. He also made five from three-point range.

This was a big statement for Brown who signed a four-year $115 million contract extension in October. The fourth year forward is now averaging a career-high in points (20.2), rebounds (7.0) and assists (2.4). This comes after only averaging 13 points last season among a lineup with several ball-dominant players where Brown was considered the third or fourth option in most games.

Kemba Walker finished with 22 points and also made five threes to go along with four assists in his first Christmas day game. Gordon Hayward was back as a starter after missing the last three games with a sore left foot. He added 14 points in 26 minutes of action. “It’s still a little sore but it’s playable,” Hayward said. “It’s good, it’s good.”

Toronto started the game on a 10-0 run, but Boston answered and finished the first quarter leading 28-19. The Celtics controlled the game most of the night and lead 88-69 at the end of the third quarter with Brown making three 3’s and scoring 16 of his 30 in the quarter. Coach Brad Stevens said, “They hit us early but I thought we recovered well.”

Boston also dominated the Raptors in second chance points, 24-4, and shot 46-92 from the field. The Celtics are 8-0 when shooting 50% or better this season.

Kyrie Irving Expected To Opt In, Sign Extension With Nets